skip to main | skip to sidebar
Requiem in pace, Scott. 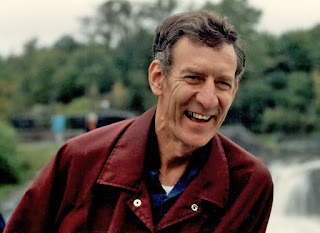 Stanley Scott Hatfield left for the ‘grand voyage’ on Monday, May 31, in the comfort of his home in Penticton, holding hands with Marie, his wife, and making us laugh to the end by asking Marie and the MAiD team to perform the Zulu War Dance. Scott participated in the chanting of “Ayzakazumba zumba zumba …” He then closed his eyes and slipped into a sound sleep, with the wonderfully humane help of the MAiD program on a night when the Moon was in its Waning Gibbous Phase to illuminate his spirit’s way to the afterlife.

Predeceased by his son Bill in 1985, he leaves his wife, Marie, his son Mark and daughter Valerie, their mother Diane and five grandsons, Braeden, Connor, Jayden, Keegan and Jett all of Ottawa. He will be dearly missed by his loving sister and best friend, Jean from Durban, S.A. and many cousins, in-laws, nieces and nephews spread out all over the globe.

Scott was born on June 26, 1936 in Shabani in Southern Rhodesia. He came to Canada in 1958 with thoughts of returning to Africa to farm. After graduating from Agricultural College in Guelph, Ontario, he returned to Africa but after a few months decided that a better life could be had in Canada in spite of the cold winters. He obtained a degree in political science and economics at Carleton University. Scott was a business writer and ultimately became Editor of the Canadian Business Review at the Conference Board of Canada.

Scott and his wife Marie Lévesque moved from Ottawa to Penticton in 2014 for the climate. Scott was a genuinely humble man with an infectious laugh, a great sense of humour and known to be a charmer. He always took an interest in other people’s stories. He was generous to a fault and loved by everyone who met and befriended him. Scott had a remarkable memory for names, dates and birthdays and equipped with that and his diaries, he spent many years writing, in the form of short stories, his incredibly happy memoirs of growing up in beautiful Rhodesia. All were published in Rhodesians Worldwide.

Marie will miss his presence each and every day but remember the wonderful life they had together after they met on the Cumberland tennis court in 1986 where he was teaching tennis. It was a love match.